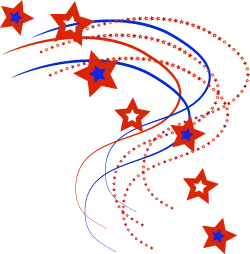 “ . . . psychotherapy, politics and religion all share, at some level, in the fantasy of providing therapy for the world.” – Andrew Samuels

Why put America “on the couch”?  How is understanding the American psyche relevant for us personally?  How might cultivating this understanding impact our current social and political events?

To answer these questions, we must try and see our national identity through the dual lenses of psychology and history.

William Faulkner, sounding a bit like Freud, said,  “The past is never dead. It’s not even past.”

The crucial question is:

Philosopher George Santayana famously said, “Those who cannot remember the past are condemned to repeat it.” In recent years the American nation-self has demonstrated that we have been, to a large extent, unconsciously living out the shadow side of the Americas psyche, with disastrous results.

The purpose of America on the Couch is to make more conscious both the contradictory elements and the deepest values of our collective psyche, so that we can act as enlightened participants in our shared unfolding destiny.

NINE WISDOM PRINCIPLES IN A TIME OF CRISIS

The Wisdom Principles establish the intellectual, ethical and spiritual foundation of America on the Couch. These nine Principles challenge common – but crucial — assumptions people tend to make about knowledge, character, God, fundamentalism, love, power, desire, fear, and democracy. The Principles build a framework for understanding the material in the subsequent sections of the book.

A PSYCHOSPIRITUAL PORTRAIT AND AN UNEXPECTED MIRROR

There are universal implications in exploring Bush’s antisocial personality and his defensive reliance on religious fundamentalism. The larger-than-life stage he inhabited makes Bush an “Everyman,” i.e., a vivid example of the shadow tendencies that live in all of us as individuals, as well as residing in our national psyche. The exploration of his character and level of psychospiritual development reveals the depth of the fear, mistrust, anger, recklessness and despair that has propelled him through life. In turn, his life serves as a cautionary tale, a mirror held up to each of us, calling upon us to notice our own tendencies to react in a fundamentalist or antisocial manner, whether in our personal lives or as citizens influencing the behavior of our nation.

AMERICA ON THE COUCH:

THE MYTHIC DIMENSION OF THE AMERICAN PSYCHE

Nations — like individuals — have personalities: a surface image that expresses the high ideals of the culture, and an underlying shadow, comprised of unconscious beliefs and hidden motivations. America’s personality – our lens for interpreting the world – has simultaneously liberated and ensnared us.

Part Three is an in-depth examination of American character, from its origins to the present, focusing on the largely unconscious beliefs that define “who we are” as citizens of the United States of America. The significance of the two key traits of the national psyche –Democracy and American Exceptionalism — are identified and discussed, along with three primary myth-stories that define the American character:

Understanding America’s principle character traits and foundational myth-stories serves a number of purposes, including clarifying our nation’s “split psyche” — a conflict evidenced throughout American history between support for human rights on the one hand and, on the other, domination of others, including those within our own borders.

A ROGUE PRESIDENCY AND THE SHADOW SIDE OF THE AMERICAN PSYCHE

Part Four explores the ways in which George W. Bush’s presidency was a direct reflection not only of his antisocial personality, but also a reflection of the antisocial tendencies of several of the Bush administration’s principal influence groups, as well as the antisocial predilections embedded in the American character. This section details how Bush’s antisocial character, in conjunction with the shadow side of the American psyche and the 9/11 terrorist attacks, came together in a “perfect storm”: a marriage of fear, ignorance, entitlement, and a lust for power infused with vengeance, that betrayed American moral and legal principles and law.

CHOOSING BETWEEN DEMOCRACY AND DOMINATION

The concluding section, as currently envisioned, takes the Wisdom Principles from Part One; the portrait and universal implications of Bush’s antisocial and fundamentalist psychology from Part Two; the examination of the American psyche from Part Three; and the psychological analysis of the George W. Bush presidency as a betrayal of American moral and legal principles and law from Part Four; and applies principles and insights from these sections to the current political and social scene. 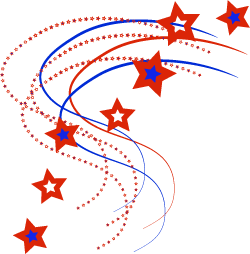